SONGS FROM THE DEEP

A girl searches for a killer on an island where deadly sirens lurk just beneath the waves in this gripping, atmospheric debut novel.

The sea holds many secrets.

Moira Alexander has always been fascinated by the deadly sirens who lurk along the shores of her island town. Even though their haunting songs can lure anyone to a swift and watery grave, she gets as close to them as she can, playing her violin on the edge of the enchanted sea. When a young boy is found dead on the beach, the islanders assume that he’s one of the sirens’ victims. Moira isn’t so sure.

Certain that someone has framed the boy’s death as a siren attack, Moira convinces her childhood friend, the lighthouse keeper Jude Osric, to help her find the real killer, rekindling their friendship in the process. With townspeople itching to hunt the sirens down, and their own secrets threatening to unravel their fragile new alliance, Moira and Jude must race against time to stop the killer before it’s too late—for humans and sirens alike.

You can add SONGS FROM THE DEEP on Goodreads here!

Praise for Songs from the Deep

“An intoxicating blend of mystery and enchantment.”
— Kirkus Reviews 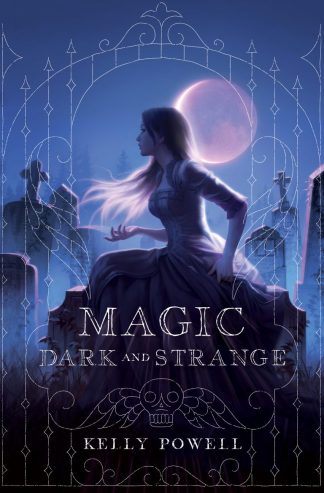 Catherine Daly has an unusual talent. By day she works for a printer. But by night, she awakens the dead for a few precious moments with loved ones seeking a final goodbye. But this magic comes with a price: for every hour that a ghost is brought back, Catherine loses an hour from her own life.

When Catherine is given the unusual task of collecting a timepiece from an old grave, she is sure that the mysterious item must contain some kind of enchantment. So she enlists Guy Nolan, the watchmaker’s son, to help her dig it up. But instead of a timepiece, they find a surprise: the body of a teenage boy. And as they watch, he comes back to life—not as the pale imitation that Catherine can conjure, but as a living, breathing boy. A boy with no memory of his past.

This magic is more powerful than any Catherine has ever encountered, and revealing it brings dangerous enemies. Catherine and Guy must race to unravel the connection between the missing timepiece and the undead boy. For this mysterious magic could mean the difference between life and death—for all of them.

You can add MAGIC DARK AND STRANGE on Goodreads here!